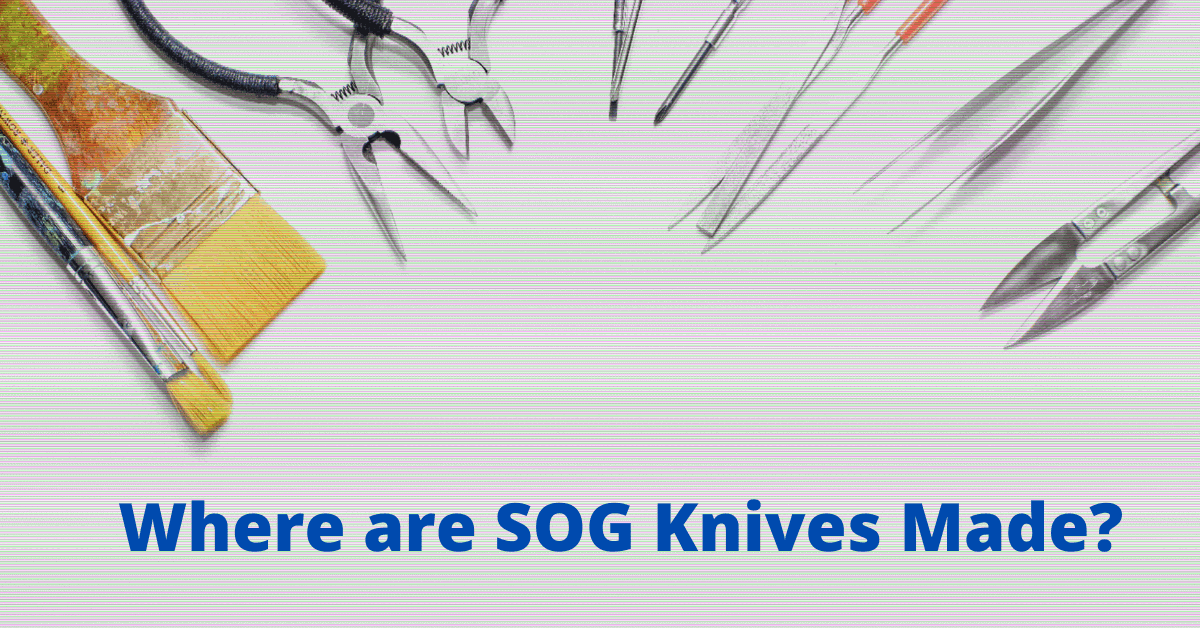 SOG, more officially known as SOG Specialty Knives, is an American manufacturing company specializing in knives and multi-tools. The company has amassed a following by recreating knives from the infamous Vietnam era. The company excels at producing both military-grade equipment and everyday carry knives (EDC). It also has its series of multi-tools, paralleling rival companies like Gerber and Victorinox. If you are wondering where SOG knives are made, look no further.

History of the Company

SOG was founded in 1986 by Spencer and Gloria Frazer in the USA. The name was inspired by the Military Assistance Command, Vietnam Studies and Observations Group (MACV-SOG). After the bitter end of the war in 1975, with the withdrawal of the US troops, SOG rekindled the era with their Vietnam-era military-grade knives. These knives quickly amassed a huge following and fixed the company’s position in the knife production business.

Where are SOG Knives Made?

Currently headquartered in the capital city – Washington, the company has retained most of its manufacturing business within America. However, the ever-increasing economic pressures have forced the enterprise’s hands to outsource production eastwards. China has emerged as the major outsourcing center for American products in the recent decades.

While most of the models are produced with the United States, others have long been outsourced. The high-end and high-priced models have been handed over to G.Sakai in Seki, Japan. Taiwan has also earned its share in the mixture, and manufactures fix blade and the low-end models. While, China is responsible, parallel to Taiwan, in manufacturing low priced models.

In addition to their iconic Vietnam era reconstructed and revamped models, the company has manufactured several other products. The SEAL 2000 models, for instance, are named as such because they are being used by the US Navy SEALs. The elusive and rare SCUBA/Demo knife was also reconstructed by the company which earned much acclaim. Only one out of the original 39 knives survive to this day. Revamped versions of the famous “Bowie” (S1 & S2) with customized handles, blades, and emblems (Navy SEAL) were made by Ichiro Hattori of the Seki branch.

The company has also created several casual or outdoor knives for the general public, in addition to these military-grade models. Several survivor knives and foldable models (using Aegis, Trident, or Twitch technologies) have filled the market. These knives lack the features reserved for military-grade models but work perfectly in their context. Their multi-tools have also attracted much attention, and models like Paratool, PowerAssist, and PowerLock have been hailed as hallmarks of quality.

SOG has been creating high quality and versatile knives for decades now. Their military-grade models and daily use products have both acquired a following in the US and abroad. Though some may be disheartened by the outsourcing news, it does guarantee low prices for some of their models. SOG has dominated the business in its niche and their recreated knives are worth trying.

We use cookies to ensure that we give you the best experience on our website. If you continue to use this site we will assume that you are happy with it.OkPrivacy Policy